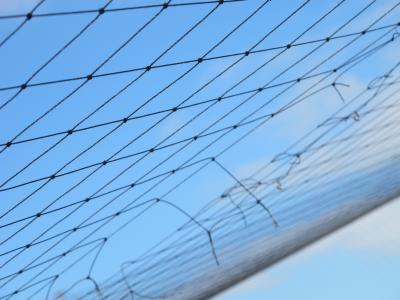 Property managers are being urged to check their pigeon netting now before the birds pest controllers call ‘flying rats’ settle in for the peak nesting periods of Spring and Summer.

In April and May, pigeons will start taking advantage of the warmer weather to sit on outside ledges and pipe work. Their droppings then fall to the floor below, creating a dangerously slippery surface. Pest controllers like Cleankill can use a variety of techniques including installing nets, sprung wire systems. bird spike repellents and even a special, highly effective UV gel that birds see as flames to discourage the birds from landing on buildings.

Paul Bates, Managing Director of Cleankill Pest Control, said: “With pigeons now breeding four or five times a year, compared to two or three times 20 years ago, their numbers are increasing dramatically. The problem is exacerbated by people feeding them and attracting them into town squares where they are fouling on pavements and buildings. If a gap in the netting goes unnoticed and a pair of pigeons gets through and into a roof space, in a matter of months there can be hundreds of birds living there and the floor will soon be covered with fouling up to a foot deep.”

Poorly maintained netting can lead to birds getting tangled up and damaging the netting further – as well as other problems such as retrieving the birds safely and the stress caused to the animals themselves.

Paul added: “Ideally you should choose a pest control company that can offer an installation service with an inspection contract. This means that it is the pest control company’s responsibility to regularly check the netting hasn’t been damaged and make any necessary repairs. Also check that any companies you ask to quote have insurance, health and safety procedures in place and are members of the British Pest Control Association.”

Pigeons are the UK’s most unhygienic and messy birds and actually carry more diseases than rats. They nest on their own guano (excrement) and attract mites. Nearly all pigeons carry the bird mite - a tiny insect that feeds off the bird and makes humans itch and scratch. Pigeon fouling and nest materials also provide a home for many other insects such as clothes moths, carpet beetle and mealworm beetles. Pigeon excrement, when it is dry, creates airborne bacteria affecting anybody that may be susceptible to asthma and other breathing difficulties.

Cleankill offers a specialist bird control service for facilities and property management companies, from the initial survey and specification through to the final proofing solution. As registered waste carriers, Cleankill can carry out full-scale removal of bird fouling, as well as contaminated goods and furniture, from infested properties.

Award-winning Cleankill Pest Control has been solving pest problems for commercial and domestic customers for more than 15 years. Using the most up-to-date pest-control techniques and technology, the company keeps its customers pest free and makes sure it is at the forefront of the industry when it comes to the use of pesticides and non-toxic pest control methodology.

As an Investor in People, all Cleankill’s staff are highly trained and offer an exceptionally fast and efficient level of service.  The company is a proud member of the British Pest Control Association, as well as being approved to ISO9001 and ISO14001. Cleankill is also fully accredited to the Safecontractor, Exor, Constructionline and Achilles Health and Safety Accreditation Scheme and aims to be recognised as a market leader for innovation and new pest control techniques. You can follow Cleankill on Twitter or Facebook.

Press enquiries: For more information or to arrange an interview contact Suzi Christie on 01435 830031.

Some facts about pigeons: