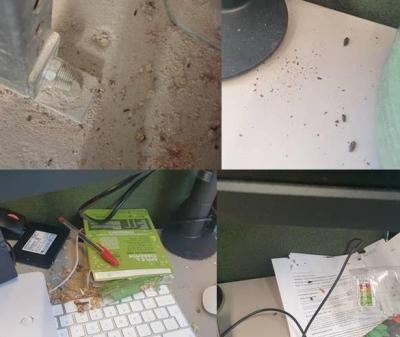 Cleankill Pest Control is reporting a significant increase in the number of callouts from businesses as they reopen after the lockdown.

Many companies were forced to hurriedly shut when the lockdown was announced. This meant that best practice was not always observed in terms of food and waste management. During the lockdown, preventative pest control measures were also often neglected and this, in combination with an increase in the mice and rat populations, has meant many businesses are now seeing evidence of rodent infestations when they return to work.

“This is a problem we are seeing again and again. As businesses reopen, they are finding plenty of evidence that rodents have been running wild around their properties without any hindrance for the last seven weeks. Food that was left in draws or on desks has been eaten, and there is normally plenty of evidence of their presence in the form of droppings.

“We were recently called to a site in London N1 that was fairly typical of the sort of damage we are seeing. In addition to food and faeces on desks and on surfaces, we also found plenty of evidence that the mice had been using below-floor cavities, causing a potentially bigger problem. They had been entering the property using pipework in a service cupboard that is near the reception.”

After calling in Cleankill Pest Control, the problem at the offices in London N1 was quickly addressed. The building manager was offered an on-going preventative pest control contract to reduce the risk of future infestations.

Cleankill Pest Control has been providing award winning pest control services to Brighton, Bristol, Buckinghamshire, London, Kent, Surrey, Sussex, and other parts of country since 1995. The business was founded upon a desire to create a company that placed customer service, respect for the environment, care for the community, and staff development, on an equal footing with profitability.

Cleankill Pest Control deals with ‘distress’ pests such as wasps and fleas, as well as preventative maintenance against public health pests such as mice, rats, cockroaches and birds. The company prides itself on fast and efficient service delivery and aims to be recognised as a market leader for innovation, ‘green’ and new pest control techniques. Cleankill is also a licensed waste remover.