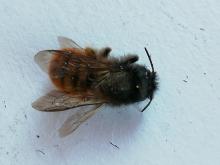 The sudden increase in temperature and sunshine has meant an explosion of blossom and noticeable increase in bees going about their work.

There has also been a worrying surge in calls to pest controllers from people confusing bees with wasps and asking for treatment.

In many respects, the concept of beekeeping as a hobby might appear to conflict with the role of a pest controller. But this is not necessarily the case. Oddly, many people involved in pest control are attracted to the idea of beekeeping. For some beekeepers, it is a gateway hobby into pest control. At Cleankill, we have encountered a number of businesses that got started because the owners were beekeepers, who were subsequently asked to assist with the control of wasps and hornets.

UK warned to be vigilant over invasive Asian hornets

Croydon-based Cleankill Pest Control is warning members of the public to be on the look out for the potentially deadly Asian hornet.

The venomous Asian hornet, sometimes called the yellow-legged hornet, Latin name vespa velutina, is slightly smaller than the European hornet. Queens are typically 30 mm, males 24 mm and workers around 20 mm. It has a velvety brown or black thorax, brown abdomen and highly distinctive yellow legs. The head is black with a yellow face.

Cleankill Pest Control, the Surrey based pest control experts who specialise in ‘green’ pest control, have found themselves unusually busy for the time of year with calls to deal with wasps nests that turn out to be bees.